Looking to watch UFC 259 in Richmond? Catch all the action as Adesanya takes on Blachowicz on Sunday 8 March.

In the main event, Jan Blachowicz makes his first defense of his newly won light heavyweight title as he takes on the current middleweight champ Israel Adesanya. Blachowicz captured gold when he stopped Dominick Reyes in the second round at UFC 253 in September.

“The Last Stylebender” headlined that card and put on a near perfect performance in finishing Paulo Costa via strikes in the second round of his second title defense.

In the co-main event, two-division champion Amanda Nunes defends her featherweight title against Megan Anderson, while Petr Yan and Aljamain Sterling battle it out for the bantamweight strap to kick off the championship triple header.

Rounding out the main card is a lightweight battle between Islam Makhachev and Drew Dober, and a 205-pound tilt between Thiago Santos and Aleksandar Rakic. 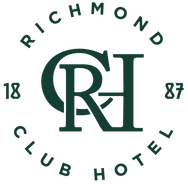